The Government of India has set an ambitious target for providing skill training to 500 million of its youth by 2022, through Deen Dayal Upadhyaya Grameen Kaushalya Yojana (DDU-GKY), the skill training and placement program of the Ministry of Rural Development (MoRD) Govt. of India. In Kerala State Kudumbashreemanages the programme and occupies a unique position, due to its focus on the rural poor youth and its emphasis on sustainable employment. DDU-GKY is therefore designed to not only provide high quality skill training opportunities to the rural poor, but also to establish a larger ecosystem that supports trained candidates secure a better future. For further details please visit http://ddugky.gov.in/

Since 2015 KITES is an empaneled Project Implementing Agency of DDUGKY and there after became the best performing PIA for Continuously 2 years with timely completion of Project, Providing Quality Training, achieving more than 70% placement in the courses offered. KITES has initiated many innovative concepts in its DDUGKY project and which has been acknowledged by State Rural Livlihoods Mission (KUDUMBASHREE) and National Institute for Rural Development. KITES has successfully completed its entire target under DDUGKY and await successful closure of the project with pride.The sector in which KITES Offered NULM courses were Banking and Finance, Media and Entertainment, Electronics Sector Skill Council, Tourism and Hospitality Sector. 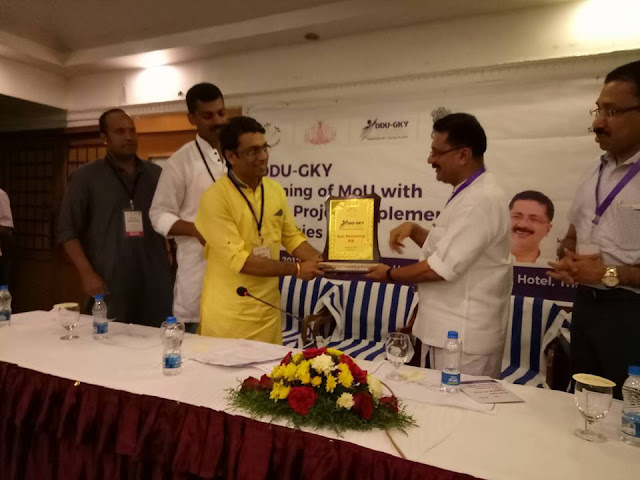 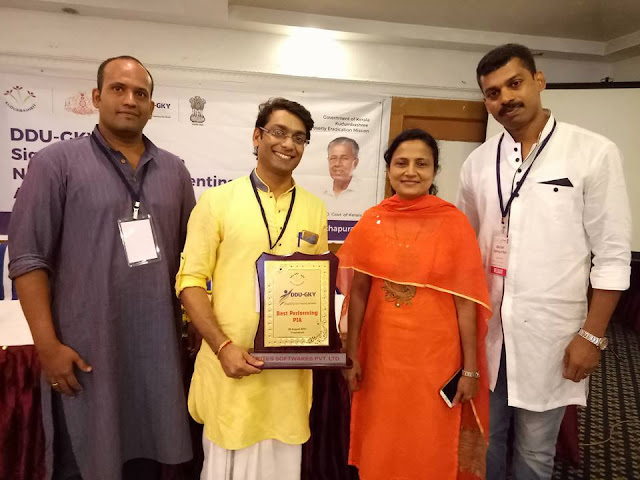 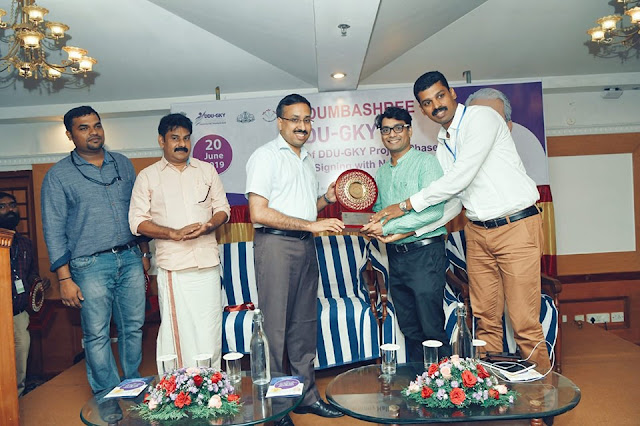 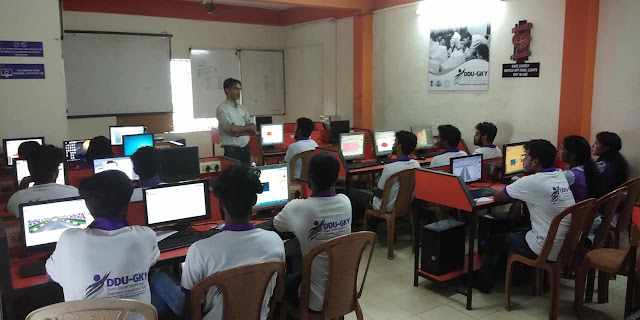 To reduce poverty and vulnerability of the urban poor households by enabling them to access gainful self employment and skilled wage employment opportunities is the main aim of DAY- NULM skill training programme. The facilities is only for candidates residing in URBAN AREA (CORPORATION/MUNCIPALITY) with an annual income limit. More details please vistwww.nulm.gov.in. The state mission for NULM is KUDUMBASHREE which has got wide network even in grass root level.

KITES is one of the major skill training partner of NULM since its launch in Kerala.Trained more than 2000 candidates, across kerala, KITES received many accolades in the implementation of the project. Since 2016, KITES implemented the Project in 12 districts of Kerala with 19 centers. The sector in which KITES Offered NULM courses were Banking and Finance, Media and Entertainment, Electronics Sector Skill Council, Tourism and Hospitality Sector. 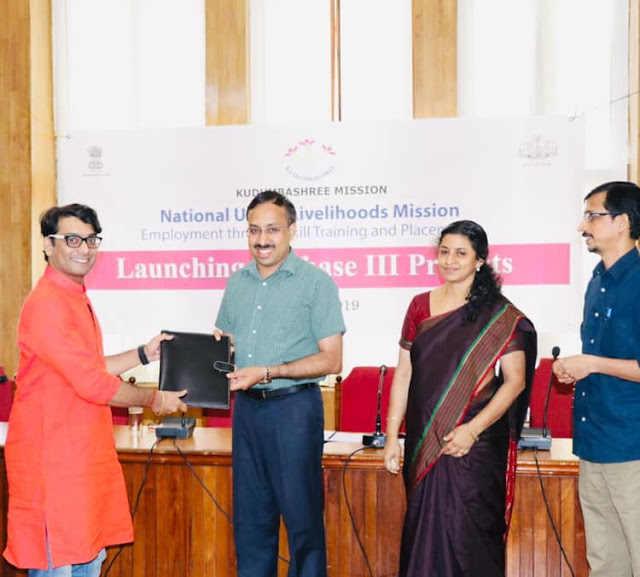 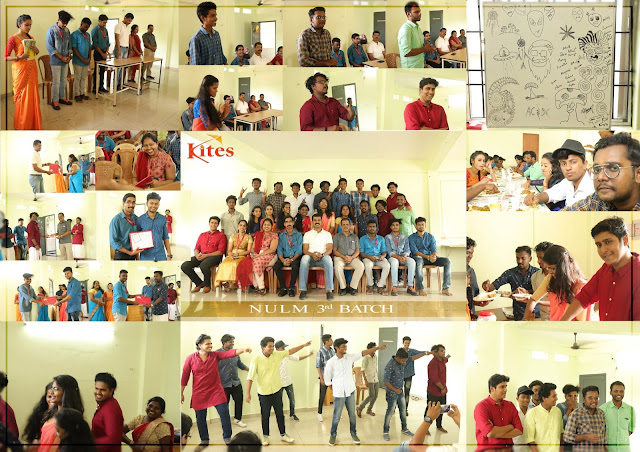 Pradhan Mantri Kaushal Vikas Yojana (2016 – 2020) is a modified and improved version of PMKVY 2015-2016. It is the flagship outcome – based Skill Training Scheme of the Ministry of Skill Development & Entrepreneurship (MSDE). This Skill Certification Scheme aims to enable and mobilize a large number of Indian youth to take up skill training and become employable and earn their livelihood.

KITES at the time of launch itself in the year 2015 has implemented PMKVY with 90 % of success rate in candidates pass percentage. In the year 2018 KITES was empaneled with KASE (Kerala Academy of Skills Excellence) for implementing State Component of PMKVY. In Kerala KITES is having the highest training target of 4455 which is implemented in 9 centers across Kerala.

KITES is recognized by KASE with its promptness, Quality Training and commitment in delivering the project. 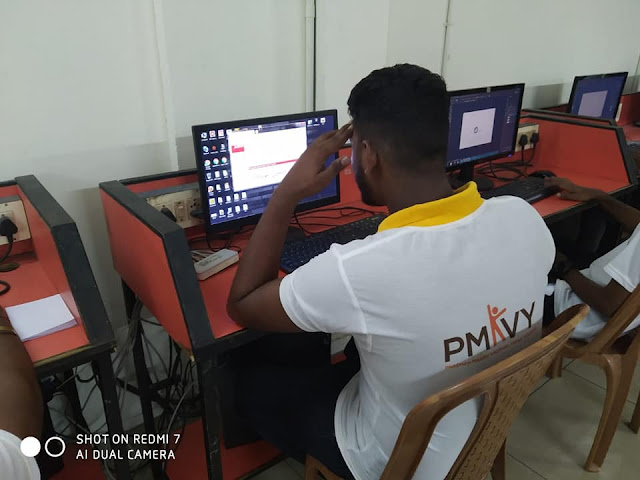 Additional Skill Acquisition Programme (ASAP) , a joint initiative of General and Higher Education Departments, was launched with an objective to impart quality skill education to the higher secondary / undergraduate students alongside their regular curriculum. Owing to the success of the program, attained over the years, the target group is widened to professional colleges and is now set to kick off community skilling through the Community Skill Parks.

KITES is empaneled with ASAP to provide Courses in Electronics and Media Sector. KITES do have the reputation of providing classes adherence to time lines. KITES had provided training in 15 Skill Development Centers and Other training centers across kerala Catering more than 1500 Students in an Academic year. 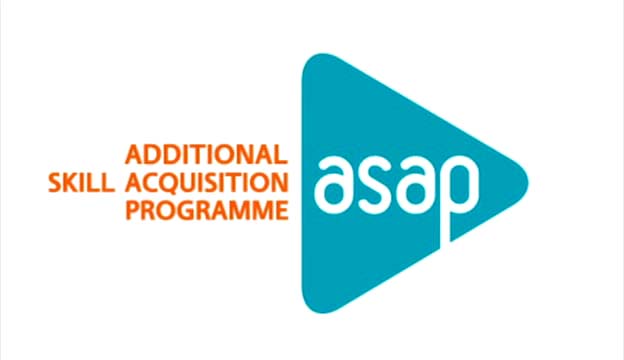 SC Directorate has initiated many skill development programs for the benefit of SC youth in Kerala. KITES has recently associated with SC department of Kerala for providing Softskills and Personality development programe for women across Kerala.

YuvaKeralam is a skilling initiative of Kudumbashree (Kerala State Government) for providing employment through quality skilling in various courses. KITES is empaneled with the project to provide training to the eligible candidates in Ernakulam District of Kerala.

Animation
Animation is a method in which figures are manipulated to appear as moving images or it is the management of still images to generate the illusion of movement.
Machine Learning (ML)
Machine learning (ML) is the study of computer algorithms that improve automatically through experience.

Theory Duration: 120
Practical Duration: 200
Employability & Entrepreneurship Hrs: 40
Total Hrs: 360
Animation is a method in which figures are manipulated to appear as moving images or it is the management of still images to generate the illusion of movement. In the education and training sectors, with the introduction of e-learning, real classroom teaching is gradually replaced by computer based learning.

Theory Duration: 80
Practical Duration: 120
Employability & Entrepreneurship Hrs: 20
Total Hrs: 220
Graphic design is the process of visual communication and problem-solving through the use of typography, photography, iconography and illustration.It is the art with a purpose and involves a creative and systematic plan to solve a problem or achieve certain objectives . Graphic designer creates visual concepts, using computer software or by hand, to communicate ideas that inspire, inform, and captivate consumers.

KITES partnered with Tally Solutions for providing quality education to commerce students in Accounts and Tally and also started to provide online Accountancy courses to students.

The assessment will be done through online proctoring conducted by Tally Solutions directly. Once the student pass the examination Online Tally Digital content will be provided to student, which has international value.